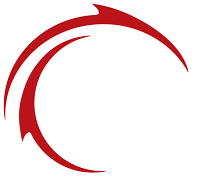 Thorsten “Toddy” Wälde, instructor and instructor trainer in technical diving, is the inventor and “mastermind” of the Toddy-Style sidemount system. Already at the age of 22 years he decided to make a professional career in diving. After several years as a diving instructor and operator of diving centers in Offenburg and Freiburg (Breisgau), he turned toward technical Trimix diving, and later in 2001 on to Mexico. Here he lived and worked for several years on the Yucatan peninsula, devoting his time to cave diving, working as a diving guide and instructor, and participating in expeditions, film and research projects in the vast and complex cave systems of the Mexican peninsula.

From 2004, the trail led him back to Europe, with the aim of establishing a dive center and training center specifically for teaching cave diving. In search of a suitable place for this project, he found Sardinia, where there was (and still is) a large number of cave systems underwater and overwater to explore. It also has good infrastructure that allows for quick access to the various locations and dive sites. “Protec Sardinia” in Cala Gonone on the Golfo di Orosei was established in 2005. From guided dives to CCR Cave Instructor Training, all is possible here. In addition to the diving and training operations, there are a range of speleo tours in the dry cave systems of the island. Regular research camps and exploration projects in collaboration with regional speleology groups, to further explore the Sardinian underworld are conducted.

Toddy is actively involved in research and supports regional Sardinian speleo groups in the study of complex systems. In addition, there are several ongoing projects to investigate, measure and map, as well as secure areas and continue to expand the different systems. Current projects: “Utopia” and “Bel Torrente.” His research is not limited to Sardinia. In collaboration with Toddy’s longtime friend and Explorer colleague Robbie Schmittner, who has been living in Mexico for many years and operates Xibalba Dive Center, there is the “Vanilla Sky” project. In this project research is carried out in annual expedition camps in the jungles of Mexico in the local cave systems.

Since his time in Mexico, Toddy began to work intensively on the sidemount configuration. In the beginning of the 2000s there was hardly any available off-the-rack sidemount systems. It was common in the scene to modify personal equipment depending on the type and desire. The biggest potential Toddy saw at that time was the so-called “sandwich system,” which consisted of 2 backplates (inside and outside), with the wing in the middle. Due to the backplates this construction is extremely stable and flexible, but the former solutions left much to be desired due to the often inadequate compatibility of the components. Toddy has been working to improve this configuration ever since, and his relocation to Sardinia and the associated colder water temperatures necessitated the use of dry suits. This adds another component of the sidemount set-up, which needs to be well thought out in order to achieve a clean and clear hose guide. In addition, it becomes necessary to carry a larger amount of tare weight. Over the course of several years, Toddy therefore optimized “his” sidemount system, so that finally in 2010 a holistic solution proved practical in research as well as in teaching cave-diving courses. This concept then began to spread under the name “Toddy Style.” The trade journal for technical diving “Wetnotes” dedicated a detailed article to the Toddy-Style in 2011. Although this philosophy slowly spread in the world of sidemount diving, the actual equipment used was a compilation of product lines from different manufacturers, some of which had to be combined into a new unit, some of which were misused. Skilled craftsmanship and thorough research were needed to find the most suitable components.

In 2011 Toddy began to work with Oliver Steinle, a craftsmen in metal construction with his own workshop. Through his cave training in Sardinia Oliver came to know and appreciate the Toddy Style system. The two develop individual components in order to have a complete “Toddy Style” kit available. This component collection was offered from 2012 in the online shop “sidemount-explorer.com.” But the full potential of the configuration could not be achieved by adapted components. Still limited shape and volume of the wing and the webbing guide of the harness hindered the maximum possible effect. Thus, the idea arose to develop a complete system from a casting in complete self-direction. “Toddy Style” was registered as a trademark and protected. It was tinkered and stitched, glued and welded, until finally, after many prototypes, the current TS system was created. After extensive testing of the prototypes, the CE certification was acquired, the system presented for the first time at boot 2017 and offered for sale.

Toddy and the TS Training Program

The integration of the system with dive training took place in parallel with development as it is a daily part of work of Protec Sardinia. The greatest possible compatibility of the sidemount system with all possible forms of technical diving should be achieved. Tube guidance and bottle setup are particularly important in this context, but basic topics such as gas planning and motion sequences in various maneuvers under water also play an important role. In order to do justice to this holistic approach and to be able to convey the philosophy from the outset to “pure culture,” the idea arose to develop a separate and special TS training program. Through years of successful cooperation with the diving association IANTD the right partner was immediately available to realize this idea. There has been a training program since 2018 in this association, which is dedicated specifically to the TS sidemount configuration. 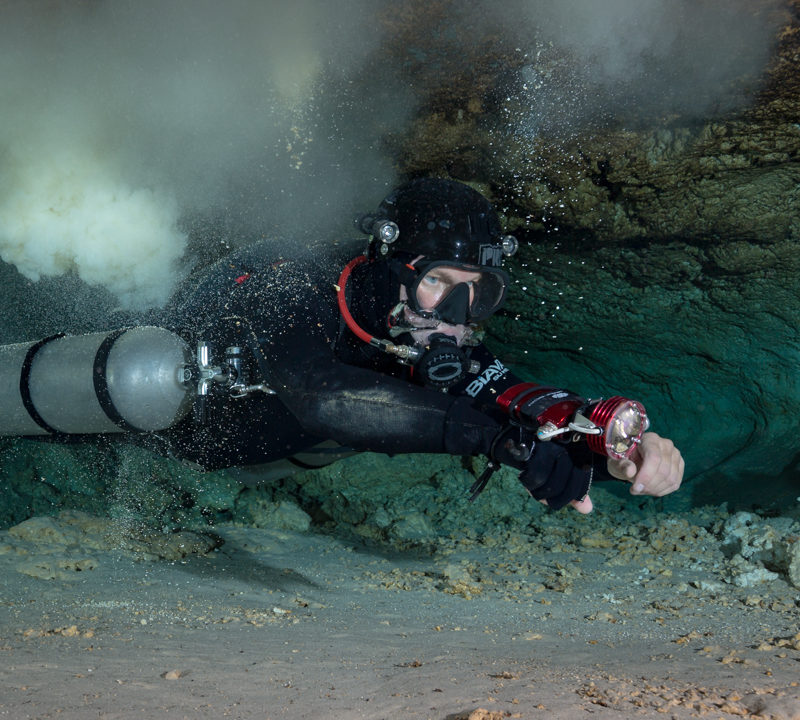 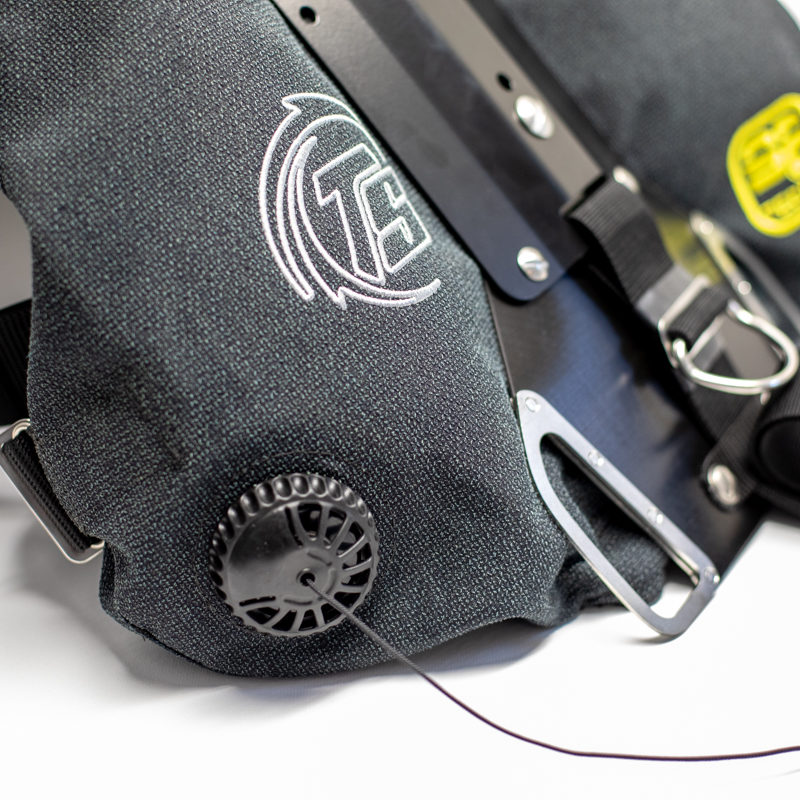 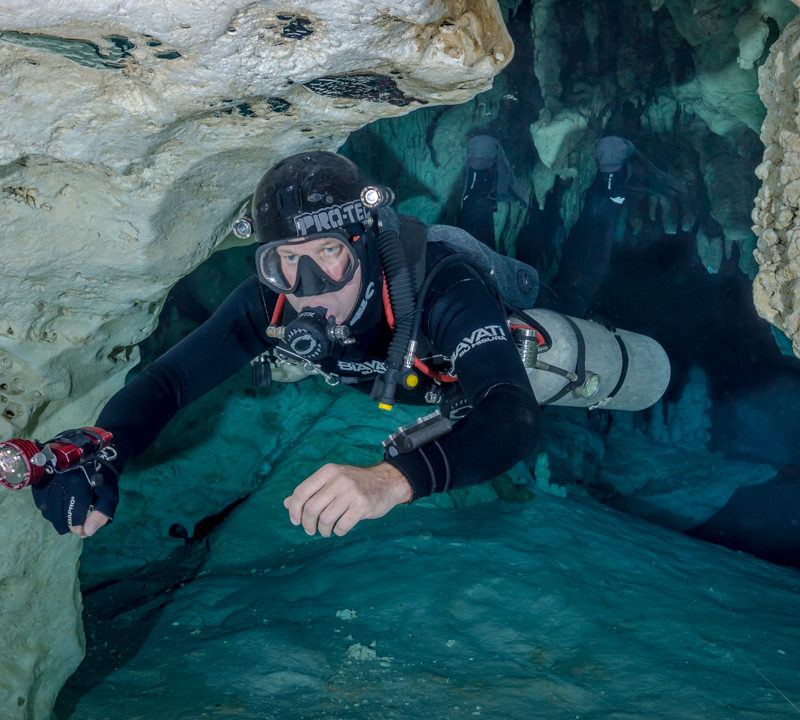 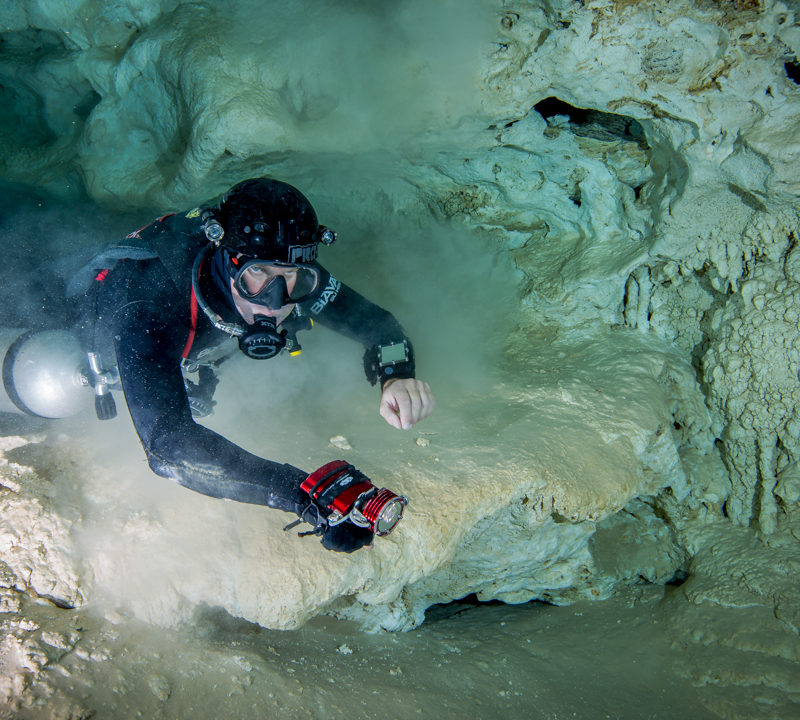 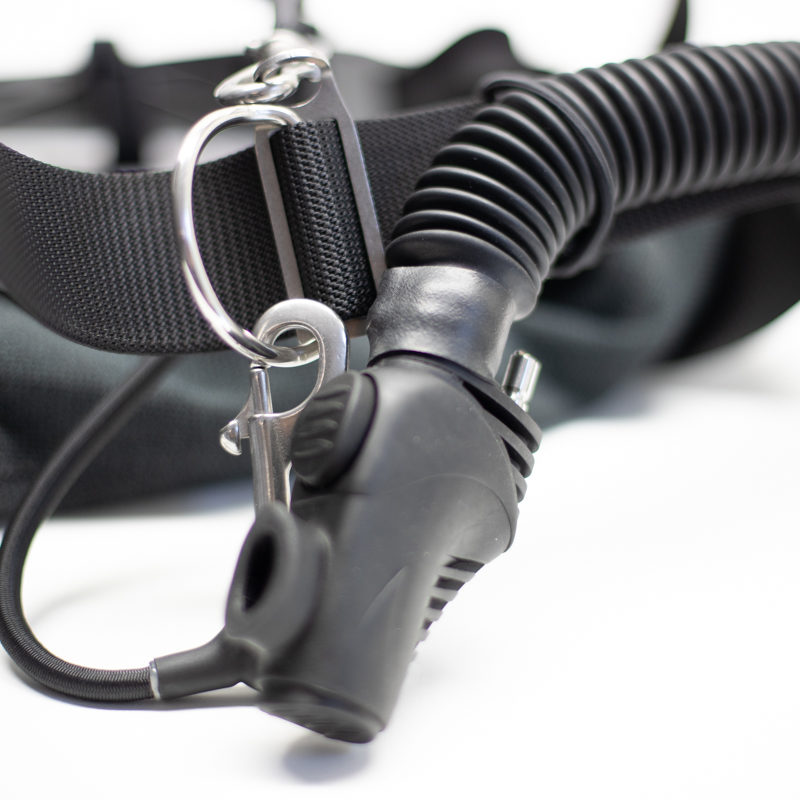 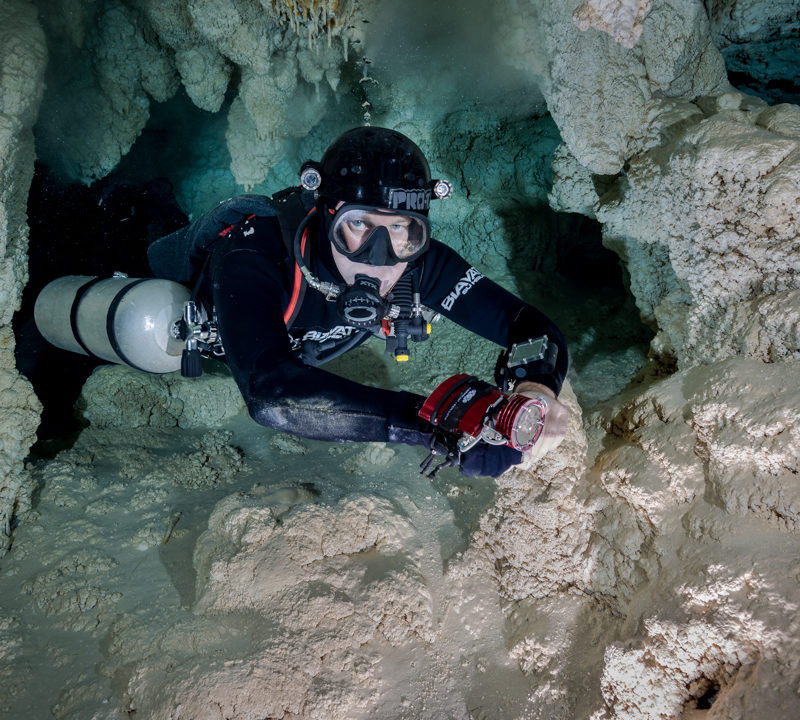 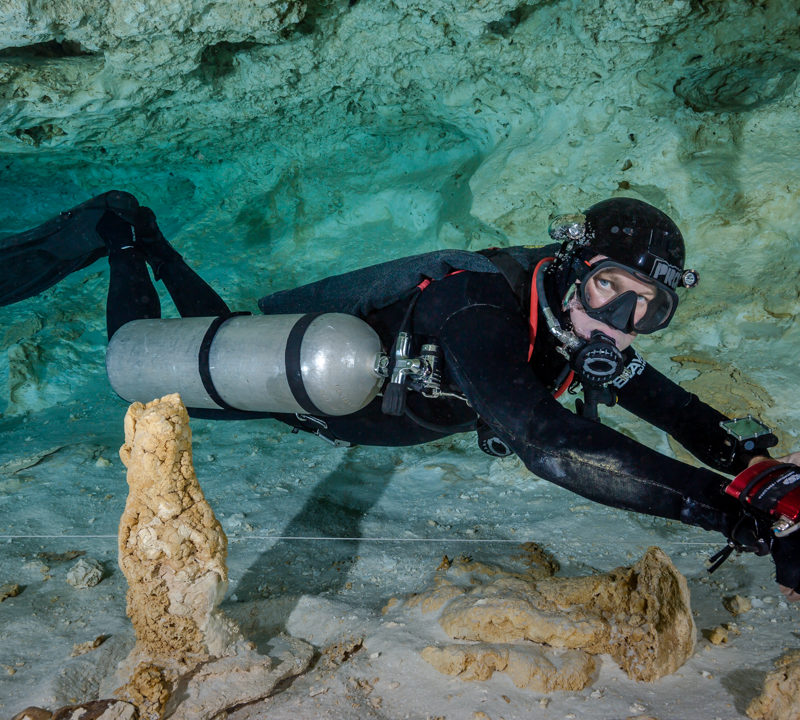 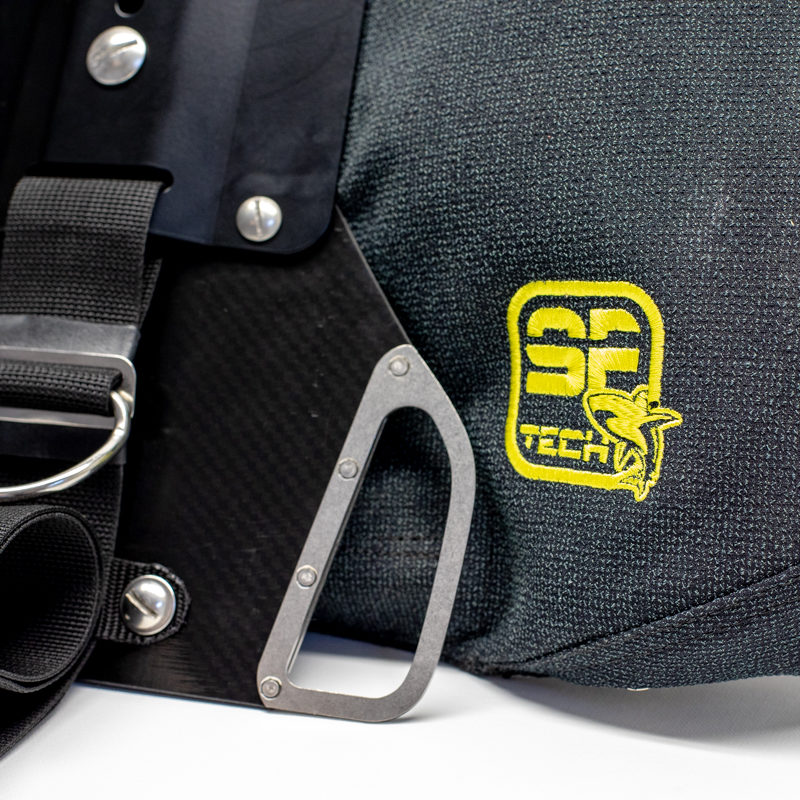